After making my denim dress, I wanted to try and rectify a few of my mistakes, and so decided to make another of the 1873, but this time I wanted to deliberately make a sleeveless version, which was a pattern option. I used a metre of a thin but pretty cherry print cotton, that I bought last year before I realised that metre lengths are rarely enough for complete garments. For the outside, I used a beautiful Rowan cotton that I first saw back in autumn. I loved it and planned to use it for my Christmas dress, but when I returned to the store it was sold out. My holly fabric was actually from the same collection, but I had fallen for the original print. Happily, after Christmas I came across it, in a shop in Retford. In the sale it had a third off, so was around £12-£13 per metre. I bought the last three on the roll. I loved it because of the spots being
random and sometimes overlapping, plus it’s a lovely shade of red. 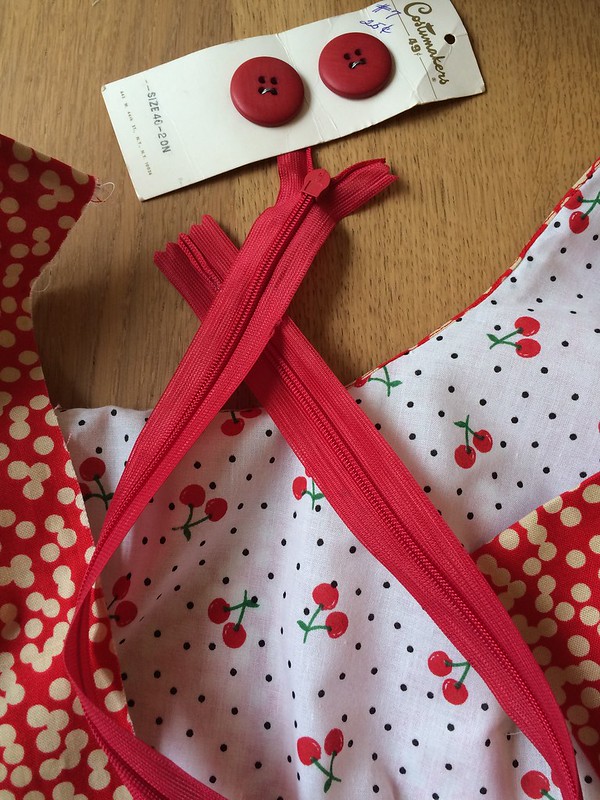 The make came together quickly over a weekend, but the pleats still confused me. When I tried on the ‘completed’ make, the zip only just met, but this was partly because the lining (which I had already hand stitched down) was somehow pulling the outer fabric. It meant one of the darts on the lining had to be, and to stay, unpicked, but I would much rather that than to be left with something unwearable. 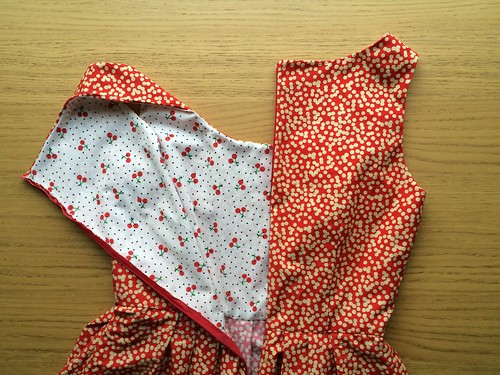 The zip looks neat on the outside: 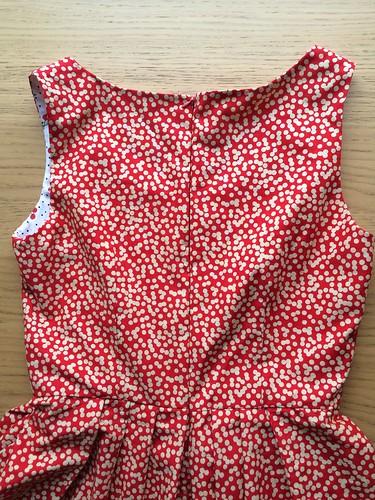 but I am wondering whether I should or could have done something different to encase the zipper tape? 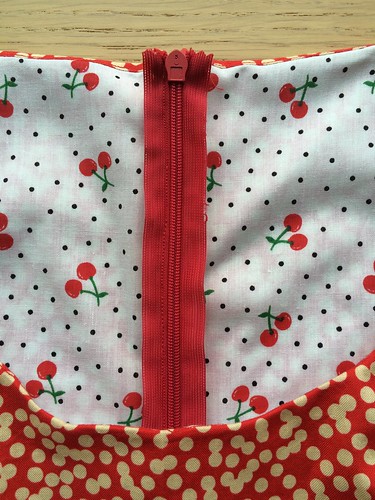 Special thanks goes to Nat at Threads and Bobbins for gifting the buttons which I used for the tabs. At first I was going to leave the tabs off, but then I changed my mind and followed the pattern as directed. I like how they turned out and think they make a nice addition to the dress.

So far the weather hasn’t been kind enough for me to brave wearing this dress even long enough for photos, so I am looking forward to some sunshine so I can enjoy wearing it, and giving that skirt a twirl. My third Cynthia Rowley make and it won’t be the last. 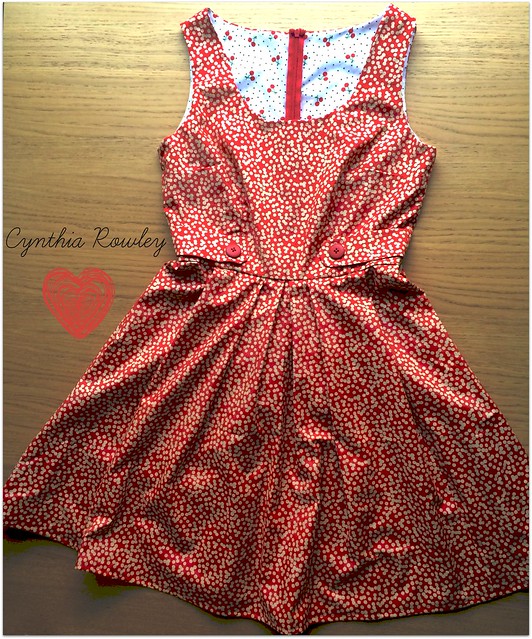 13 thoughts on “Rowleys on a Roll”