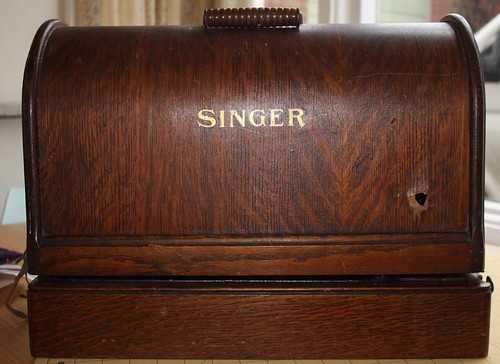 Fly tipping is a pet hate of mine. I seem to encounter it more than ever since getting the dogs and heading out down country lanes more than I used to. It makes me feel a bit sick that people are so lazy or indifferent about the effects of dumping their unwanted items. When I learnt that a heap of rubbish had appeared on the edge of Clumber Park, where the dogs are walked on weekday mornings, I was saddened. But this wasn’t your usual pile of refuse; sofa cushions and old tyres. Beside a cheap mahogany table lay a curved, wooden dome-shaped box. 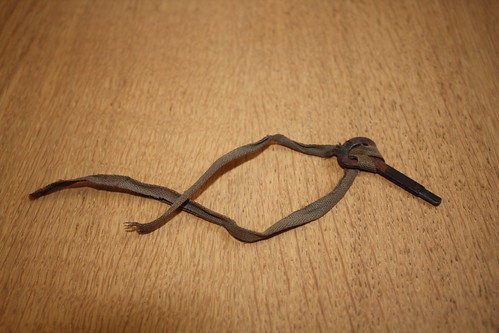 At home I was surprised to find the key was still intact, and tied safely to the handle of the box. The cord was cut and the box opened, revealing a beautiful vintage Singer sewing machine. Other than a small hole in the case, the machine was in good condition. I gave it a clean and a wipe with some antibacterial spray. It had that old, fusty smell that something gets after a long time locked away at the back of a garage or up in a loft. I separated the case, stand and machine and spread it out in front of the radiator to air off. Inside the little storage section was a crude screwdriver, an old toothbrush (an effective lint remover, I imagine) and  a few old pins. I discarded all but the screwdriver. Atop the machine was an attractive old cotton reel filled with khaki coloured cotton. The needle was still threaded, as if the machine had been waiting patiently, ready for the next time it was called upon. 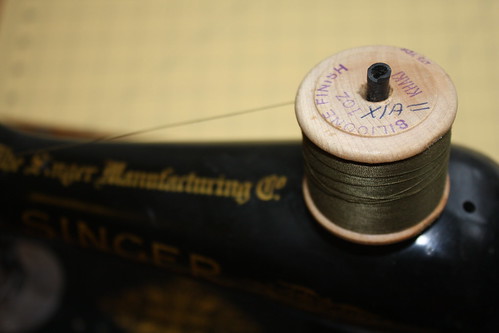 I already have one vintage Singer, which is currently up in my own loft, but I imagine is a fairly similar model. I know where that one came from, and who it belonged to, but I quite like the mystery that comes with this ‘new’ machine. I can’t help but feel sad to think that this machine, once, belonged to someone who looked after it. What projects did they create on this machine? What were they sewing with that khaki coloured thread? I also have a distinct suspicion that somewhere there must have been a sewing box, likely filled with more wooden bobbins and sewing paraphernalia. Somewhat sadly, these items were not deposited on the edge of the woods. I’ve blogged before about how personal someone’s sewing basket seems to be, but I feel much the same about a machine, especially when you consider the hours a sewist spends stitching. 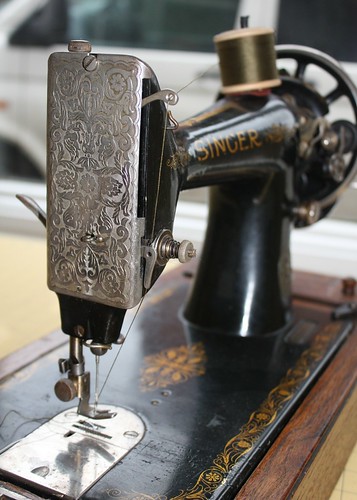 I don’t need this machine, by any stretch of the imagination – it brings my total to four. I’m also aware it’s not particularly valuable, machines of this sort seem readily available in charity shops and at vintage centres. So, for now, I’ll keep it, because, to me at least, it’s much closer to treasure than trash. 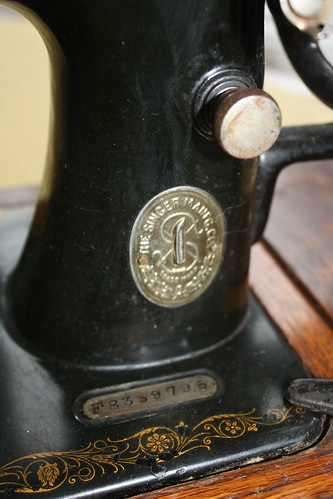 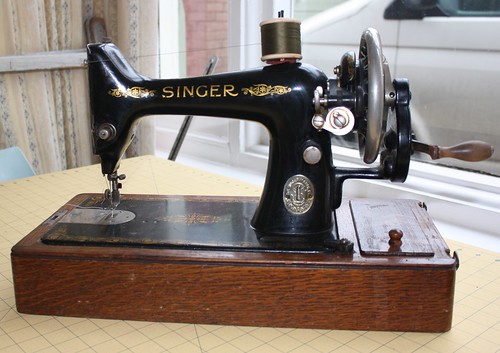